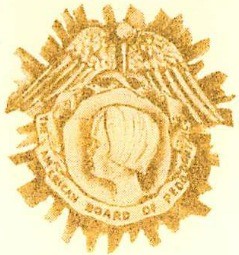 The origin of the American Board of Pedodontics and the specialty of Pedodontics is very closely associated with the beginning of other dental specialties and their certifying boards.  It is imperative then that a history of the American Board of Pedodontics should include a brief account of the events that transpired during the period when specialization in dentistry was being discussed and various societies were preparing their areas of practice for recognition as a specialty.

The push towards specialization in dentistry began in 1938 when representatives from various dental organizations attended a conference in St. Louis, Missouri, on October 24 to discuss specialization.  Although there were dentists who were limiting their practices at that time and no doubt were considered specialists, there was little or no control over such practices, no established qualifications or standards for their education, no rules or direction as to what constituted specialty practice and no approved specialty certifying board.  Most of the dentists who were limiting their practice were either self-taught or training via apprenticeship route.

Read more about the history of ABPD