We are pleased to announce the new slate of 2021/2022 ABPD Board of Directors. We welcome newest Board of Director, Dr. Brian Hodgson, who will serve as a director from 2021-2027. We sincerely thank Dr. Leila Younger as she ends her time of service on the board, and as she transitions to her role as ABPD Executive Director. 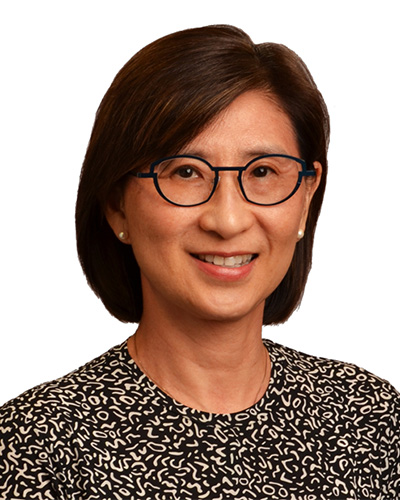 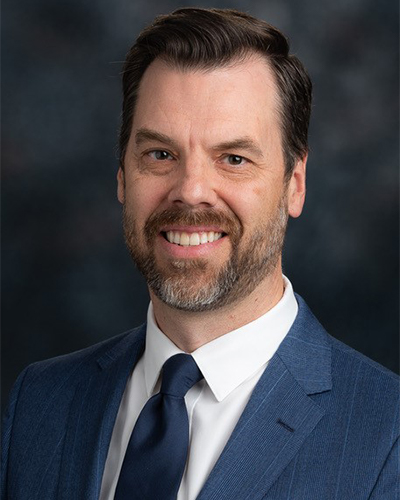 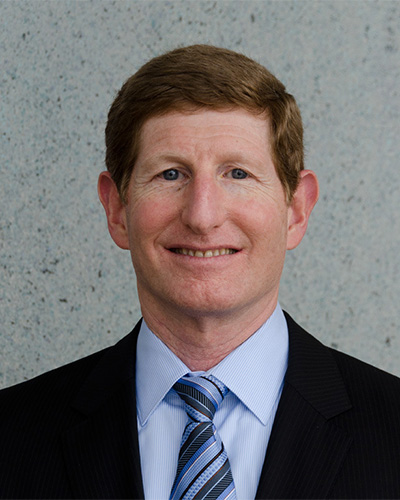 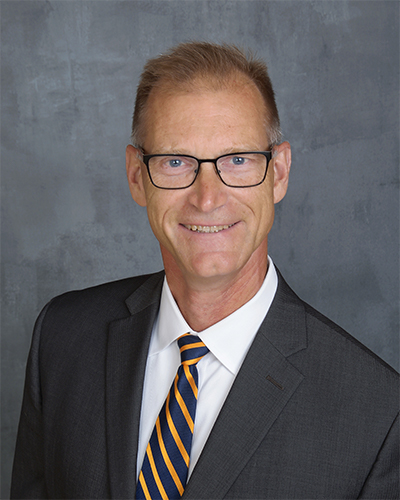 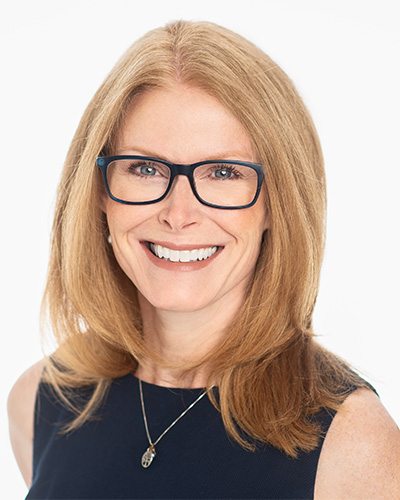 Dorothy received her DDS degree from the University of Texas, Health Science Center in Houston, completed her residency training in Pediatric Dentistry and obtained her Masters of Science degree from the University of North Carolina at Chapel Hill.  She joined ABPD as an examiner of the Oral Clinical Examination in 2008, became a part-leader of the Qualifying Examination from 2010 until 2016 and a director of the Board in 2017.

A native of Hong Kong, Dorothy studied in England and received her initial dental education from King’s College, University of London.  Upon graduation from dental school in London she served as a dental officer of the Hong Kong Government providing care in rural communities, including the local prison system, and working with dental therapists to provide care for children from kindergarten to third grade.  This latter experience kindled her interest in Pediatric Dentistry.

Following her residency training and graduate studies at UNC Chapel Hill, Dorothy and her husband Peter moved to San Francisco where she served as a full-time faculty member in the Division of Pediatric Dentistry of the University of California, San Francisco and later became the Graduate Program Director.

For the past 25 years, Dorothy has built a successful orthodontic and pediatric dental practice in San Francisco with Peter who is an orthodontist.  She teaches part-time and remains an active and significant contributor to the residency program at UCSF serving as a Health Science Clinical Professor.  Dorothy’s career has been a true mix of community dentistry, academia and private practice.

Dr. Gregory Olson joined the UTHealth School of Dentistry at Houston faculty in late 2018 as professor and chair of the Department of Pediatric Dentistry. He is a dual-board certified orthodontist/pediatric dentist who taught in both graduate and predoctoral programs at Loma Linda University in California, where he earned a DDS, certificate in pediatric dentistry and a master’s degree in orthodontics and dentofacial orthopedics. He also holds a BS in management and operations from Pacific Union College.

Dr. Olson is certified by the American Board of Pediatric Dentistry and is interested in the impact the certification process and continued learning have on Diplomates and their patients. He completed a legislative fellowship with the American Dental Education Association and remains active with ADEA’s Legislative Advisory Council (current chair), building alliances that support oral health and dental education. He is a graduate of the ADEA/AAL Leadership Institute.

Dr. Olson’s current research focuses on extracting and analyzing digital data related to clinical, educational and business processes. His purpose is to enhance individual and organizational decision-making to improve quality of life, with a global impact.

Dr. Olson was Board Certified in 2006 and has been involved with the ABPD since 2012. He has been an exam-item writer, part leader, and chair of the Renewal of Certification Process Subcommittee.

Board Certified in 2006 | Gainesville, FL

Dr. Marcio Guelmann is Professor, Chair, and former residency program director of the Department of Pediatric Dentistry at the University of Florida (UF) in Gainesville, FL. His DDS degree is from the Federal University of Parana, Brazil, in 1984 and his Certificate in Pediatric Dentistry is from the Hadassah Faculty of Dental Medicine in Jerusalem, Israel in 1988. While in Israel, Dr. Guelmann was in private practice and part-time academics for 10 years and served as president of the Israeli Society of Pediatric Dentistry from 1995 to 1998. In 2000, he completed a fellowship in pediatric dentistry at the University of Florida and joined UF as assistant professor.

Board Certified since 2006, Dr. Guelmann served as examiner for the Oral Clinical Examination (OCE) (2009-2017), OCE Part Leader (2016-17) and Chair of the Oral Clinical Examination Subcommittee in 2018. He is a Fellow of the ADEA Leadership Institute, Fellow of the American College of Dentists, a consultant and site-visitor for the Commission of Dental Accreditation and served as Executive Director for the Florida Academy of Pediatric Dentistry (2017-2019). He is the author and co-author of over 50 manuscripts and book chapters and serves as reviewer for national and international pediatric dental journals.

Dr. Ginsberg is the founding partner of the Smiles4Children pediatric dental group practice, in Catonsville, Ellicott City and Eldersburg, Maryland. A 1982 honors graduate of the University of Maryland School of Dentistry, he completed pediatric dental specialty training at Maryland in 1984. Dr. Ginsberg is a Clinical Associate Professor in the Division of Pediatric Dentistry at the University of Maryland. He has been a part-time member of the department since 1985.

Dr. Ginsberg has also served as the president of the Maryland Academy of Pediatric Dentistry and the Maryland Society of Dentistry for Children. He is a life member of OKU dental honor society and has completed the AAPD Kellogg Leadership Institute at Northwestern University. Ed and his wife Jeannie, have 2 married children and 4 grandsons. In his leisure, Dr. Ginsberg enjoys spending time with his family, swimming, biking, running and photography.

Brian Hodgson, DDS received his dental degree from Marquette University in 1987 and served a three-year commitment in the US Navy as a general dentist. He then completed the pediatric Dentistry Residency program at Children’s Hospital of Wisconsin (CHW) from 1991-1993, receiving a Certificate in Pediatric Dentistry in 1993. He began working as a full-time Attending Pediatric Dentist at the Pediatric Dentistry Residency program at CHW in July 1993 and transitioned to part-time in 1996. He completed his board certification requirements and became Board Certified by the American Board of Pediatric Dentistry in 2001. In 2003, he accepted an appointment as an Assistant Professor at Marquette University School of Dentistry but still continues to provide didactic instruction to the residents at CHW. In 2011 he received a promotion to Associate Professor with Tenure at MUSoD where he currently continues in his academic career. He provides numerous continuing education lectures within the state of Wisconsin and has been a presenter at AAPD Annual Meetings.

His private practice experience began in 1996 when he purchased a pediatric private practice in Lake Geneva, WI. In 2008, he sold this practice and continued to work as an independent contractor with his new employer. In 2013 he left this practice and worked as an independent contractor for the Brown County Oral Health Partnership in Green Bay, WI one day per week. He left this practice in 2017 and recently accepted the position of Dental Director of the Gardetto Family Dental Clinic at St. Ann Center for Intergenerational Care, a clinic that serves only adults and children with special health care needs.

He continued his Navy career in the US Navy Reserves in 1993 after completing his pediatric residency. He has served in numerous leadership roles throughout his 30+ years in the Navy culminating in receiving a position in a major Navy Reserve Medicine Command at the Operational Health Support Unit, Portsmouth, VA from December 2014 through November 2016.

In 2010 he began serving as a Consultant to the American Board of Pediatric Dentistry, assisting in the oral board examination activities. In 2015, he became a member of the Oral Clinical Examination Committee of the ABPD.

Dr. E. LaRee Johnson graduated with honors from the University of Tennessee, College of Dentistry in 1996. She completed a 3-year pediatric dentistry residency and received a Master of Science degree at the University of North Carolina in 1999. Dr. Johnson has completed the Kellogg Leadership Institute Cohort V and serves as adjunct faculty at the University of North Carolina. After her board certification in 2001, Dr. Johnson mentored many colleagues to pursue board certification, helped review cases and prepare for site visits until 2006 when she became an Examination Committee member for the American Board of Pediatric Dentistry serving on the Oral Clinical Examination Subcommittee. Working on both parts A and B of the exam and serving as the Part B leader, OCE liaison, and ultimately ABPD director, she has contributed to the construction of the exam for several years as well as serving as an examiner. Since she began working with ABPD, she has only taken a brief hiatus from ABPD activities in order to teach the AAPD OCE prep course for two years.

Dr. Johnson has been in full-time private practice for over 20 years. She is the founder of Carolina Pediatric Dentistry, a multi-doctor, two-location practice in Raleigh, North Carolina and speaks nationally and internationally. Professionally, Dr. Johnson foremost enjoys clinical pediatric dentistry. Her effective practice management skills are simply a byproduct of ensuring a patient-centered practice model.

Being a wife and mother brings Dr. Johnson her greatest joy. Her family’s hobbies include anything outside, travel, CrossFit and endurance sports. Dr. Johnson and her husband have completed multiple Ironman triathlons, the Umstead 100 Mile Endurance Run, and together have the goal to complete a marathon in each of the 50 states before age 50 (including qualifying for the Boston Marathon).